The Academy of Performing Arts in Prague – the Czech Republic’s largest arts school – was established by a presidential constitutive decree immediately after the end of World War II. During the seventy years of its existence, it has been responsible for training dozens of prominent personalities of world renown.

The Academy of Performing Arts in Prague bestowed the doctor honoris causa degree on actor, director and university teacher Martin Huba on Friday, 22 October 2021. He received the degree on the basis of a proposal from the Theatre Faculty, which used this opportunity to honour his mastery of drama acting, directing, and acting instruction.

The celebration of 75 years since the foundation of AMU culminated with a celebratory concert in the Dvořák Hall of the Rudolfinum. Footage of the concert can be viewed HERE.

An exhibition mapping the history of AMU from its foundation to the present time was open to visitors in Prague's Kampa quarter from 24 June to 29 August.

Karel František Tománek, a dramaturge, playwright and teacher of the Department of Alternative and Puppet Theatre, became the new Dean of DAMU in March 2021, following Doubravka Svobodová’s tenure.

The election to the Academic Senate of AMU was held in March 2021; due to the coronavirus pandemic, it took place in electronic form for the very first time in the school’s history. The members of the academic community were able to vote via mobile handsets, tablets and computers.

Ingerborg Radok Žádná, Vice-Rector for International Activities and Artist Relations and a teacher at HAMU’s Music Management Department, became the Rector of AMU in February 2021. She replaced the previous Rector Jan Hančil, following his eight-year tenure.

A general assembly of the Academic Community of the Academy of Performing Arts in Prague was held on 23 November 2020, giving floor to four candidates for the Rector position (Daniela Jobertová, Vlastimil Mareš, Ingeborg Radok Žádná and Filip Suchomel) who presented their concepts for the office. The Academic Senate of AMU, which met immediately after the general assembly, subsequently adopted its final resolution: Ingeborg Radok Žádná was proposed for the nomination as the Rector.

FAMU’s doctoral student Lea Petříková wins Jacques Derrida Prize
The French Embassy bestowed the prizes for talented young scholars (26th edition) on Thursday 2 July. This year, the competition included a total of 66 candidates younger than 33 years, nominated by their tertiary schools and by the Academy of Sciences based on the quality of their doctoral research papers. The results were determined by seven panels comprising 45 Czech and French professors and researchers. The jury eventually chose 26 laureates from among the nominated young scientists and scholars.

Documentary film author Andrea Slováková assumes her position as the Dean of FAMU. With effect from 20 May 2020, FAMU has had its first ever female Dean in history.

AMU was the first ever art school in the Czech Republic to obtain institutional accreditation in February 2020. As a result, the school can make decisions regarding its programmes without the necessity of having them approved by external authorities (the National Accreditation Bureau) during the next ten years.

Czech animated short film Daughter wins the Student Academy Award
The animated puppet drama Daughter by a student from the university FAMU (Department of Animated Film), co-produced with MAUR film company, has won the international competition of the best 1615 school films. Daughter was awarded the prestigious prize known as the Student Oscar for the best foreign animated movie which is awarded by the American Academy of Film Arts and Sciences. This most prestigious award was won in 1989 by Jan Svěrák’s Oil Gobblers, his graduate film. The Czech school of animation thus confirms the quality of its students.

Following a demanding reconstruction, academic premises in the baroque “U Bílého jelena” house are made accessible. AMU also changes its visual style to a modern, dynamic design by the graphic studio Heyduk, Musil & Strnad.

AMU celebrates the 70th anniversary of its founding. Several honorary doctorates are conferred during the festivities, as are AMU Gold Medals to screenwriter and director Vojtěch Jasný and to actor and pedagogue Ladislav Mrkvička.

The AMU Gallery (GAMU) launches its operations under the auspices of the school.

The FAMU Center for Audiovisual Studies (CAS) is created by merging the Department of Social Sciences and the Department of the History and Theory of Photography. In February 2002, the Academy establishes the AMU Publishing House (NAMU) as an information facility providing publishing and editorial services to all AMU faculties and constituent units.

The DISK Theatre, located in the Theatre Faculty building between Řetězová and Karlova Streets, launches its activities one year after the premises were approved for use. AMU becomes part of the ERASMUS student and staff mobility programme. 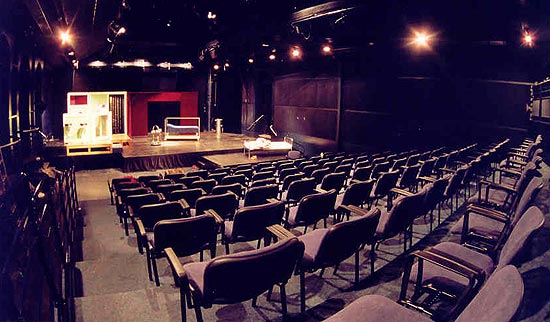 The seat of the Music and Dance Faculty becomes the newly reconstructed Liechtenstein Palace, and two years later is expanded to Hartigovský Palace, forming a connected complex. In this year, the Theatre Faculty must vacate the original premises of the DISK Theatre in Unitaria Palace, and the school theatre is temporarily located in Divadlo v Celetné.

Students become actively involved in the strike at DAMU and thus participate in the fall of Communism in then-Czechoslovakia. The period after the Velvet Revolution sees an upswing in international relations and in cooperation among university-level arts schools. After the fall of the Communist regime, prominent film professionals such as Jiří Menzel, Olga Sommerová, Věra Chytilová, Jan Němec and Jan Špáta become FAMU pedagogues. One year later, the Department of Animation is established at FAMU. In 1993, Music Theory becomes an independent academic field at HAMU, although it has been taught at the school since the early 1970s. At the Theatre Faculty, the Department of Alternative and Puppet Theatre is fully developed under the leadership of director Josef Krofta and other prominent artists.

The Theatre Faculty stagnated during Normalisation, and progress towards its original objectives could be resumed in a more systematic manner only from the mid-1980s onwards, when new pedagogues such as Jana Hlaváčová, Věra Galatíková, Boris Rösner, Eva Salzmannová, Svatopluk Skopal and other artists began to participate in defining a new direction and academic system. FAMU organises the FAMUFEST festival for the first time.

The Department of Artistic Photography is established at FAMU, becoming independent from the Department of Camerawork. There is a relaxing of the regime in the second half of the 1970s, and, under the leadership of then-Dean Ilja Bojanovský, students are able to participate in international meetings and to renew the faculty’s significance on the international stage.

Following the Soviet intervention, a range of prominent FAMU pedagogues (Evald Schorm, Karel Kachyňa, Břetislav Pojar, Milan Kundera and others) are forced to discontinue their pedagogical activities. Censorship is applied frequently and the school struggles with a range of restrictions. 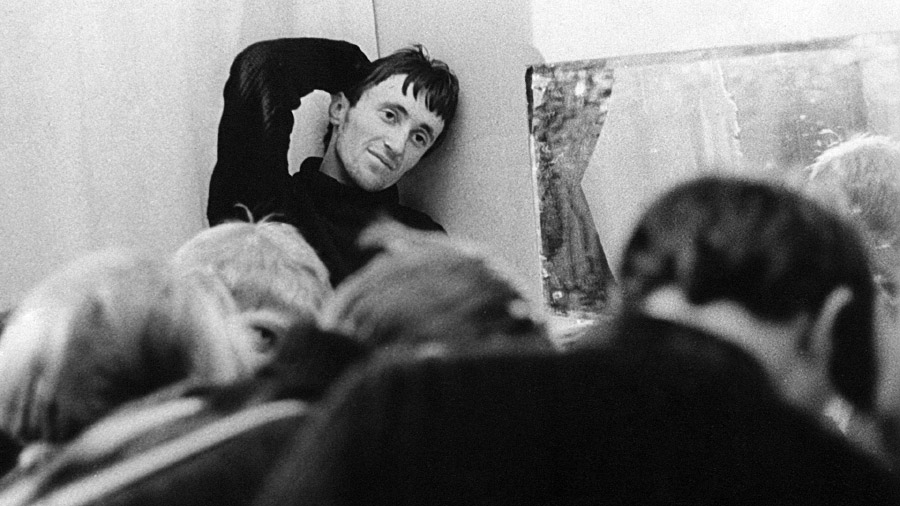 The FAMU departments and Dean’s Office move to Lažanský Palace, and the AMU Rector’s Office moves to the Smetanovo nábřeží waterfront as well. In the 1960s, HAMU expands its offering of fields (harpsichord, guitar), the dance fields are transferred from the Theatre Faculty, and the field of nonverbal theatre (originally pantomime) is established.

During these years, Otakar Vávra arrives at FAMU’s Department of Directing with a new conception of lectures and the admissions process. He personally selects applicants from among whom he trains the core of the so-called Czechoslovak New Wave (Věra Chytilová, Evald Schorm, Jiří Menzel, Jan Schmidt, Miloš Forman and many others).

FAMU becomes one of the founding members of the International Association of Film and Television Schools (CILECT). During the 1950s, new specialisations in documentary and popular-science film are established, as are the editing section and the Department of Film and Television Technology with its music and sound section.

FAMU’s original fields gradually become departments. One year later, the Department of Production is created and a film science specialisation is created as part of Dramaturgy. HAMU launches programmes in trumpet and trombone. Theory of Theatre and Dramaturgy are established as well, although unfortunately their development is affected by totalitarian ideology. Starting in 1960, instruction returns to the Philosophical Faculty at Charles University.

FAMU acquires premises in the so-called Vančura House in Klimentská Street No. 4, where instruction takes place until 1960. After just two years of operation, the Music Faculty is subjected to a wave of repressive inspections as a result of the 1948 Communist coup d'état, and certain renowned professors (Václav Talich, Bedřich Dobrodinský) are forced to leave. In this turbulent period, the Theatre Faculty stagnates as well, and even founders Miroslav Haller, Jiří Frejka and Jiří Plachý are forced to discontinue their teaching activities. Of the original pedagogues, only František Tröster remains, to whom credit is due for the unprecedented expansion of stage design in post-war Czechoslovakia.

As part of the school, a film division is opened in the second storey of the building in Havlíčkova Street No. 13 and offers the fields of directing, dramaturgy and the film image to students. It is the world’s fifth film school – after Moscow, Berlin, Rome and Paris. The following fields are established at HAMU: voice, piano, organ, the instruments of a string quartet, double bass, harp, and the instruments of a wind quintet. The Theatre Faculty is significantly shaped by the influence of Jiří Frejka, František Tröster, Josef Träger, František Salzer and Miroslav Haller, and the fields of directing, dramaturgy and stage design are opened; in 1948 the field of acting is added, and the DISK Theatre is established in Unitaria Palace in Karlova Street No. 8. The Academy of Performing Arts in Prague is established by decree of President Edvard Beneš on 27 October 1945 as a new university of a hitherto uncommon type that would provide university-level education in artistic disciplines that had not previously been offered in the Czech lands.